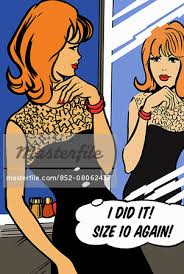 There are subtle differences between vanity ad pride… though it should be noted, that each may refer to an excessive self-esteem.  Pride signifies a feeling of satisfaction or happiness in oneself or on behalf of others based on something that is well done, according to the dictionary.  Vanity has more to do with what we would have others think of us; it is inflated pride in oneself or one’s appearance.

The word of God is thorough in warning us against both.  For those who lift themselves up appearing higher than they are, greater than others, talking big and applauding themselves highly…  provokes God to bring them to an humbling state.  King Solomon states in the book of Ecclesiastes, that he built himself houses, planted vineyards, acquired male and female servants, possessed more herds and flocks than all in Jerusalem, gathered silver and gold and special treasures, enjoyed many delights, became great as he excelled…. yet he considered all fleeting vanity “grasping for the wind”… He realized that the wise was no greater than the fool… and that the day would come where all would be forgotten and that all he labored for would be left to someone else.

Solomon quotes in the first chapter: “Vanity of vanities, all is vanity.”  What profit has a man from all his labor in which he toils under the sun?  One generation passes away, and another generation comes; but the earth abides forever.

My prayer is that I check myself regularly against pride and vanity… asking God to help me when I’m in the mirror too long:)  or trying to get my best pose on when posing for pics or biting off too much confidence and projecting myself as more.  I pray that we all will walk humbly, submitting to the will of God, setting our affection on things above and not on things on earth. (Col. 3:2)

I have created this blog to encourage and motivate women to live an abundant life and thrive in their God given talents. I believe we were created with purpose! View all posts by Rita Shavers

This site uses Akismet to reduce spam. Learn how your comment data is processed.